'God is a DJ' Article in Mixmag 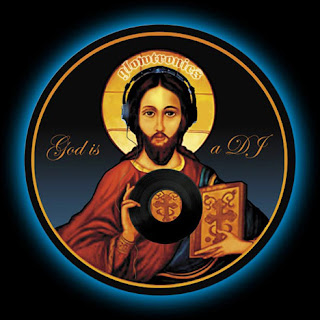 The work of 24-7 Ibiza was recently featured in the latest (May 09) edition of Mixmag - the worlds biggest dance music and clubbing magazine. When i was contacted to talk about our work, i was really excited at the thought of us getting in such a high profile magazine (I've been a fan for many years). What a great way to reach thousands of clubbers who head out to Ibiza for their annual pilgrimage with a completely different kind of message and work.

This is what a DJ called Oliver Lang (resident at Bora Bora) commented about us:

"I wholeheartedly support anyone who tries to help someone else, but i don't think it's the job of a religious group to go out to Ibiza and look after ravers in a state. That's the job of the police, ambulance crews and the clubs. I mean, what a perfect opportunity to convert someone to Christianity when they're a bit off their heads. Everyone seems to look after each other in Ibiza anyway. That's the religion of Ibiza, in my opinion, with or without these people."

Simon Morrison further comments, referring to us as 'God Botherers'.

"In clubs, people are vulnerable because of drink and drugs, which disables some people mentally on a temporary basis. That's why it's a good hunting ground for Christians. The main intention is not to care, but to convert, which i think is wrong."

I can't believe we've been totally stabbed in the back like this by the author of the article. These two people have, as far as i can tell, never met us, and once again they reinforce the classic stereotype of Christians - only out to convert and change people by force - bashing them with our Bibles. If they were to actually meet us and see what we do and how we do it, i think they'd quickly take back those comments. I really want to go down to Bora Bora - where we went several times last summer - and chat to Oliver Lang and ask why he wrote that about us having never met us.

I wonder what all the workers in the Westend - who know us - would say? What would their response be to our work? As if we'd actually abuse our position to try to convert someone in a vulnerable state. We actually protect them, get them to hospital, make sure they get back to their hotel safe and sound. I don't see the police nor the ambulance and definitely not the clubs doing any of that. Fact! Our intention is to care, to love and above all to serve. And if someone would ever want to talk to us about our faith whilst we're helping them, we'd most likely tell them to meet us the next day. Most of the time they never do. Can you tell I'm slightly peeved?
Posted by Bruce Gardiner-Crehan at 4:14 PM

That's a bit tragic, man. Chin up though, all publicity is good publicity? Maybe. Keep focussed on doing what you're doing - 2 opinions versus the multitudes who know what you're really about!

As the guy says, you know what you are really about, so do so many others, and so does God, that is the only publicity you need. You know no matter what you do, some people will be against you, they have their own issues, they are blinded, especially apparent when you look at the comment from the borabora DJ on 'the real religion of Ibiza'. The people you pick from the gutters don't seem very well looked after. Give it to God.

who needs publicity anyway, we do our good deed as simple acts of worship before God, I personally don't give s**t what a couple of DJ's think, or the fact that some christian girl has had her article distorted in the editorial process to make it a little more spicy. It was a small paragraph in a small magazine and is now yesterdays news. We will continue to be good news whatever happens, we don't do it so people will say nice things about us, in many ways I like the nasty stuff, but I don't think this is a nasty article.

Have you been sleeping for a month now? No new posts.